The aim of this site is to enable you to get a picture of Intrepid and her people, by viewing photos and accessing the ships log that Andy sends approximately once/2 weeks. You may download photos and ships log if you wish. 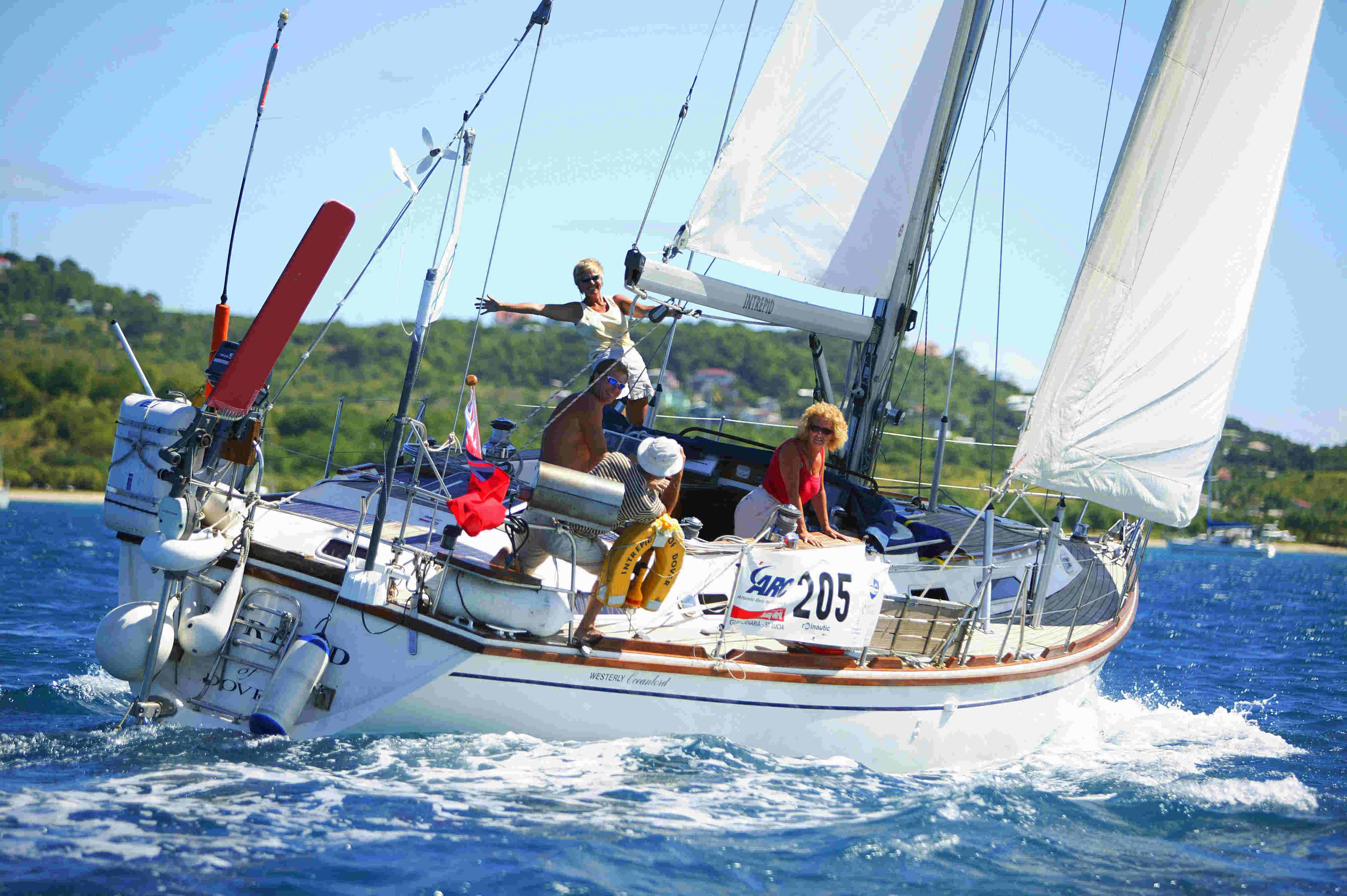 She is 40 feet (12 metres) long, has a centre cockpit, 2 double cabins (1 forward, 1 larger one aft), a pilot berth, 2 bathrooms (1 en suite), a saloon (which can be used as 2 additional sea berths), a kitchen (galley), full size chart table and 5 built in cupboards. Additional equipment includes a HF (short wave) radio, radar, 30 litres/hour freshwater maker, solar panels and Duogen wind/water powered generator, and Hydrovane self steering. The mast encloses an in-mast furling mainsail, and there is a furling genoa and a 56hp Yanmar diesel engine which pushes us along at 6-7 knots. We carry a 6 person liferaft and a 5 person Carib inflated keel dinghy with a 5 hp Yamaha outboard. Cruising speed under sail is about 6 -8 knots, less in very light winds or winds dead ahead or directly behind. Andy and Nicky (with friends as crew) have sailed Intrepid in excess of 45,000 sea miles, including the Mediterranean, crossing the Atlantic 3 times (in 2001, 2002 and 2003), the Pacific (2005), and the Great Barrier Reef  Indonesia, Singapore and Malaysia in 2006, Thailand (Phuket), Andamans, Sri Lanka, Maldives, Oman, Eritrea, Sudan and Egypt in 2007, returning to the Med in June 2007. Intrepid is now in Turkey and Andy and Nicky are living in their home village in Kent.

Andy and Nicky Gibb and their son James (then 18) crossed the Atlantic in November 2001 with the ARC, while Andy was on a sabbatical; and liked it so much that after this 'dress rehearsal', decided to carry on and go further. They sailed back to Europe in mid 2002, spent a year exploring the Med, and re-crossed the Atlantic a 2nd time east/west with ARC 2003, and in 2004 cruised the Caribbean and the east coast of the USA, then in 2005 went through the Panama Canal and have crossed the Pacific via Galapagos, Marquesas, Tahiti, Samoa, Tonga, Fiji, Vanuatu .... to Australia. They have cruised Asia in 2006, and will visit Thailand, Sri Lanka, Maldives, Oman and the Red Sea in 2007, before returning to UK in mid 2007. Nicky has worked as a Consultant Hydrogeologist, Andy is a Chartered Occupational Psychologist and former chair of the British Fulbright Scholars Alumni, who has been  Director of Resourcing for Ernst and Young International and Head of International Recruitment for the Royal Dutch Shell Group. They live in Kent, UK  They welcome friends who come and sail with them on Intrepid for 1 week up to 9 months, or just to drop in to Kent or wherever Intrepid is at the time!

To view an approximate schedule of Intrepid click here

To view Friends who have sailed in Intrepid click here